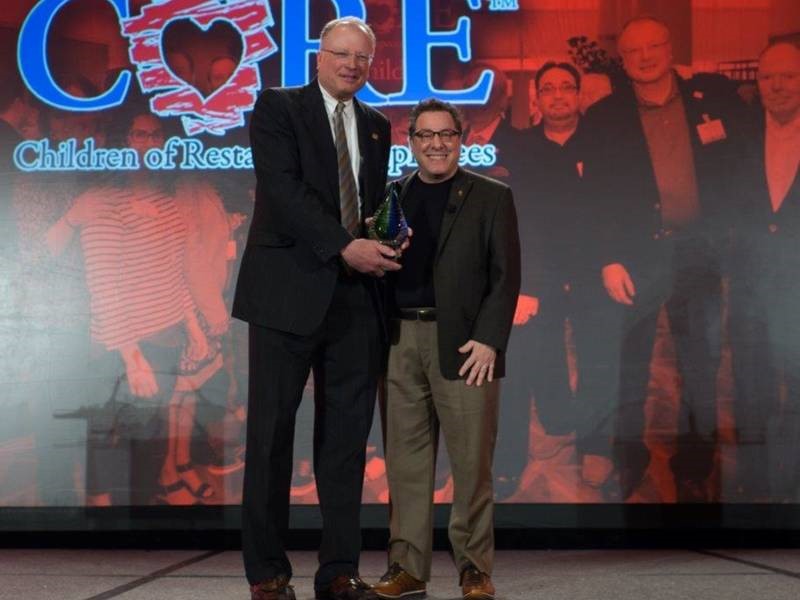 STONINGTON-MYSTIC, CT - From Children of Restaurant Employees: Mystic's John Niekrash was recently awarded the drinks industry inaugural award for "Innovator of the Year" at the VIBE International conference of beverage executives in San Diego, California. A 40 year veteran of the beverage industry, Niekrash is co-founder of CORE (Children Of Restaurant Employees), which has assisted over 250 families navigating life-altering circumstances and raised over $3M to support the charity since it's inception in 2004. In addition, Niekrash also founded and is Chairman and CEO of WVFV (Work Vessels For Vets), a nationally recognized and award-winning public charity which has helped over 1600 veterans in all 50 States to start their civilian careers upon returning from military service. The charity began in 2008 with the donation of a lobster boat to a returning Marine in Rhode Island who had served in Iraq and Afghanistan. Niekrash is currently President of Salute American Vodka, a Connecticut-based, American-made, craft vodka company, which donates the first dollar of every bottle sold to veteran charities. Of John's recent recognition, fellow Salute American Vodka Board Member and Retired 3 Star General Ray Palumbo said, "No one deserves this award more than John. I am honored to work alongside a man as charitable and humble as he." Photo courtesy of Children of Restaurant Employees